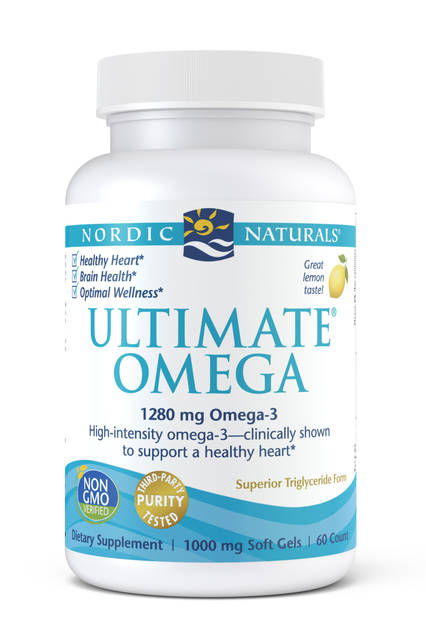 Millions of Americans take fish-oil supplements every day, hoping to prevent heart disease, depression, even premature birth. It is one of the most popular dietary supplements in the U.S.

Reams of research exist on fish-oil supplements, but questions remain on their benefits.

Many studies so far suggest the supplements don’t offer the benefits that marketers tout. A recent large, randomized clinical trial found that fish oil taken at a dosage found in many supplements didn’t reduce the incidence of heart disease or cancer, the main benefits with which it is associated.

But scientists are probing further into its potential effects on heart health, including some other findings in the recent large study. They are also digging deeper into potential effects that have been less well studied: on depression, cognition, autism, and other conditions.

“The jury is really still out,” says Joann Manson, chief of the division of preventive medicine at Harvard-affiliated Brigham and Women’s Hospital, who led the recent study on fish oil and heart health and cancer.

Even with the debate, sales of fish-oil supplements rose 1.8% in 2017 to about $1.2 billion, according to Nutrition Business Journal.

The key components of fish oil, two polyunsaturated fatty acids called eicosapentaenoic acid, or EPA, and docosahexaenoic acid, or DHA, are designed to be in the membranes of cells all throughout the body. Though these fatty acids are critical to cell function, the human body has difficulty making them on its own, so has to get them from diet. EPA and DHA are found in high amounts in fatty fish such as salmon.

In the 1970s, researchers discovered that Inuit people, whose diet consisted mostly of the fish they caught in the sea, had low rates of cardiovascular problems. That finding spawned thousands of studies into the potential benefits of Omega-3s, a recommendation from the American Heart Association that people eat fish at least twice a week to help prevent heart disease, and an industry of fish-oil supplement makers.

Today, the recommendation to eat more fish stands. But so far, with fish-oil supplements, “you can’t seem to replicate that benefit,” says Craig Hopp, deputy director of the division of extramural research at the National Center for Complementary and Integrative Health, an arm of the National Institutes of Health that funds scientific research on health-care practices and products outside of conventional medicine. NCCIH is currently funding studies investigating whether Omega-3s enhance the effect of antidepressants, reduce inflammation, and help children with autism spectrum disorder.

The problem is the same in trying to reproduce the benefits of fruits and vegetables with vitamins or supplements, he says. Trying to understand exactly what in a diet “is responsible for those benefits is hard to pin down,” he says, noting that it is “probably not just one thing.”

Researchers have identified some benefits. High doses of fish oil can reduce triglycerides, a type of fat in the blood that can raise the risk of heart disease. Some patients with high triglycerides take prescription drugs, whose doses and ingredients differ from over-the-counter dietary supplements.

A recent research review found that increasing intake of Omega-3s, particularly EPA and DHA, reduces the risk of premature birth—a finding that could give fish-oil supplements a boost, as many pregnant women worry about contaminants in fish, says Duffy MacKay, senior vice president of scientific and regulatory affairs for the Council for Responsible Nutrition, a trade association representing dietary supplement manufacturers. (Industry standards set limits on contaminants such as heavy metals in fish-oil supplements and spell out how to test for and filter them out, he says.)

The study that Dr. Manson led, funded by several NIH institutes and following 25,871 men 50 and older and women 55 and over for more than five years, found that one gram a day of fish oil didn’t lower the risk of heart disease or invasive cancer. But researchers also found a 28% lower risk of heart attack in participants who took fish oil. The benefit was even greater—a 40% reduction—for participants who took fish oil and ate fewer than 1.5 servings of fish a week.

The findings were secondary to the central focus of the study, and need to be studied further, Dr. Manson cautions. Still, she says, “We think there’s a promising signal for a heart health benefit.”

“There are tantalizing hints that there might be something there,” says Pieter Cohen, an associate professor at Harvard Medical School and Cambridge Health Alliance who studies dietary supplements. He says they should be studied further, but also have to be taken into context with many previous studies showing no heart disease benefits. “If someone comes to me and says I’m worried about not having enough Omega-3 fatty acids, I would say eat fish rather than taking a supplement,” he says.

The finding that Omega-3s can help prevent premature birth should also be approached with caution, he says. “The ideal would be to follow these women and their babies so we have more information,” he says.

Using data from the same large study led by Dr. Manson, researchers are analyzing the effects of the fish-oil regimen on depression, cognition, diabetes, chronic pain and other conditions, Dr. Manson says. Results are expected in the next six months to a year, she says.

Olivia Okereke, director of geriatric psychiatry at Massachusetts General Hospital, who is leading the analysis on depression, says she hopes it will provide answers that previous, smaller and shorter observational studies haven’t. Researchers are analyzing participant data for diagnoses of depression, as well as self-reported mood symptoms and how they differ over time, she says.

The Alpha and Omega-3 on Fish-Oil Supplements

The jury is still out on whether fish-oil supplements have benefits for a variety of health conditions. If you do take supplements, here are some things to know.

Write to Betsy McKay at betsy.mckay@wsj.com

Linseed oil or fish oil: which is better?

Omega 3 & Benefits FishOil32 - April 24, 2021 0
New evidence published today shows there is little or no effect of omega 3 supplements on our risk of experiencing heart disease, stroke or...